Roommates on Opposite Schedules

This semester I have 8am's and have to get up pretty early to make it to class on time. My roommate is a night owl and often up until 4am. I know he's trying to be as quiet as he can be, but I still get woken up at least once a night. What are some tips on living in a double with someone that has an opposite schedule? Should I talk to him about it? 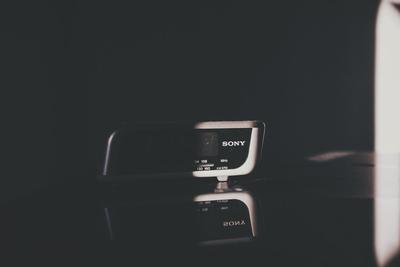 Having a roommate will always come with compromises. But, yes! Sometimes, you need to bring up certain problems that you may be having with them, especially if it's negatively affecting your health and well-being. Being woken up at least once a night can be frustrating, but most importantly, it can have an adverse effect on your health, mood, and your ability to focus. I would suggest talking with your roommate and asking him to work somewhere else to prevent anymore middle-of-the-night disturbances.

Some tips on living with someone with a completely different schedule:

Sorry to hear that you're having roommate conflicts! I hope things get resolved as soon as possible. Remember, communication is always helpful :)

You should definitely talk to him about it! The room is just as much yours as it is his. College is stressful enough as it is, so relieving any sort of outside stress such as housing is key. Let him know that this semester you have 8am’s and that adequate sleep/timing is more imperative this time around. If you have a living room or communal space outside the bedroom, you can try asking if he would be willing to relocate there when you are going to hop into bed. If he needs to be in the room at night, you could try getting a sleeping mask and earplugs or try listening to white noise through your earbuds. But either way you should absolutely talk to him about it. On the flip side, he may also be woken up during the early morning when you are getting ready for your 8am- you can also ask him about that, and work out some sort of agreement. I hope the conversation goes well and that you guys can both make a conscious effort to respect each other’s sleep!

Judging from the fact that you know your roommate is trying to be as quiet as possible, it seems that he is a considerate roommate. He would probably listen if you were to talk to him about the sleeping situation and pointed out certain things that he does that you find to be extra loud. Also keep in mind that since you have opposite schedules, you are often waking up/getting ready while he is still in bed. Try to think about ways that you are quiet while he is still sleeping and maybe suggest those to him!