My roommate and I are on two different schedules 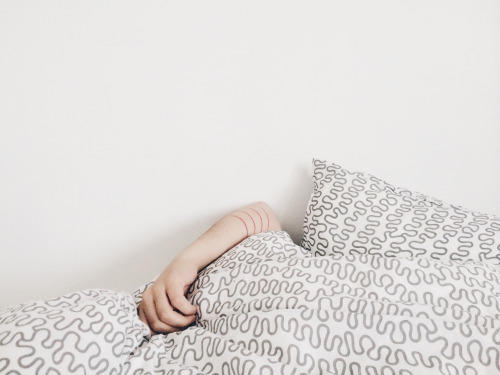 My roommate and I are on two different schedules. I’m up early getting ready for 8am’s and he tends to get back to the apartment late- plus, he’s a night owl. He’s gotten upset with me in the past for making noise "too early” and honestly, he wakes me up at times when he’s up late at night. What can I do about this?

Hi there! Roommate communication is vital, especially when it comes to living with others. Both individuals have to be willing to make compromises because you two decided to live together to begin with. Be open to your roommate and express any ongoing concerns. I would suggest kindly mentioning the problem to your roommate and to find a middle ground where you both can alleviate the problem. Maybe you two can come up with a solution that tailors to both of your routines. Another suggestion could also be to invest in some ear plugs! These tiny objects do wonders when it comes to blocking out noise. If both roommate have earplugs in, one person won’t be disturbing the other! Although, I still believe speaking to your roommate about this issue shows how serious you are about this issue. No one wants to be abruptly waken up from their sleep, but the problem will persists if no one says anything about it. Tackle this problem before arguments arise or before anyone reaches a breaking point. Need I stress, communication is important and the faster you let your roommate know what your situation is, the faster you see results! Sometimes, living with other people means sacrificing space, time, and change.

Hi there!  Almost anyone who has had a roommate ever has had this issue: conflicting sleep schedules. I think honest communication is the best bet here. And when you do decide to bring the issue up, make sure you emphasize the fact that you’re bringing this to his attention because you genuinely are being affected by his sleep schedule, and that you’re not calling him out to retaliate because he’s complained about you. Because he’s already spoken to you about how your sleep schedule affects him, he’s made it clear that he values his sleep. Tell him that you value your sleep very much as well, and that you both should take each other’s sleep into consideration and be quiet and respectful when the other is asleep. The golden rule of "Treat others the way you want to be treated” is crucial in having good relationships. Tell him that you are working on respecting his sleep and he needs to do the same for you. Good luck!

I think the best thing to do at this point is to sit down and have an open and honest discussion about it. Do this as soon as you can, before things start getting passive-aggressive – that’s the general tendency when underlying tensions are left alone for an extended period of time.To start off this conversation, it’s important to approach it from a non-accusatory standpoint. Your roommate most likely doesn’t have any malicious intent, and isn’t aware of the fact that he’s being a little hypocritical by getting upset with you over something he does as well. That’s what this conversation is for! Let him now how you’re feeling by trying to start most of your sentences with “I feel…” or “When this happened, it made me feel…” By placing an emphasis on your feelings, as opposed to consistently berating him for his actions, it will create a more open-ended discussion where he will feel more comfortable sharing what he feels as well. Conversations like this tend to be more productive.Coexisting in general is hard, let alone with someone you didn’t necessarily choose to live with.

You both definitely need to talk about this, and make sure you do so at a time when you guys are getting along (AKA not upset over lack of sleep). Try to come up with some kind of compromise, but even if you don’t, at least both of you know where y’all stand and can be sleep-deprived together!

Some possible solutions: you pack your stuff and prepare for tomorrow before you go to sleep and make sure to make as little noise in the mornings as possible (don’t hit snooze on your alarm!), while he uses foam earplugs, is quiet when coming home, and doesn’t turn/keep the lights on. Using some kind of white noise generator (like a fan, humidifier, or youtube video) that you turn on when you go to bed and your roommate turns off when he wakes up may prevent either of you from waking up unnecessarily. If you two are having a hard time coming to an agreement (and you live in a dorm), ask your RA to help mediate. If it really bothers both of you, you could try to switch roommates, but that may be more trouble than it’s worth, especially if this is the main conflict. Communication between roommates is really important, as you don’t want resentment over something small to boil over and turn ugly. I hope this helps! Good luck!