I've changed my major so many times already - how will my parents react? 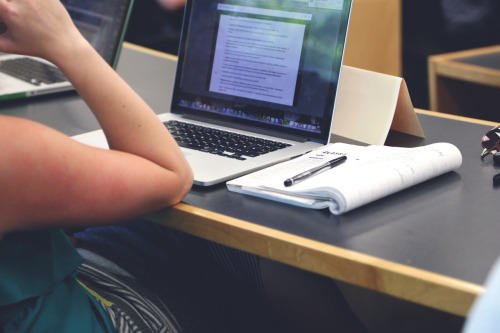 I’ve changed my major twice already and am thinking about changing it for a third time. I feel confident that I’m making the right choice this time, my only problem is that I haven’t told my parents yet. They’ve freaked out on me already for not sticking with one major and I don’t know how to bring the conversation up again. I’m nervous because I don’t want them to see me as flaky or irresponsible. How can I talk to them about it?

Your parents probably aren’t freaking out because they think poorly of you, they’re just worried. The best thing you can do is have a solid plan and present it to them. Show them what classes you have to take for your new major and the schedule for which semesters you would take them in. Emphasize how this new major would help you reach your career goals, or if you’re not sure what your job goals are yet, have a few possibilities listed out. Tell them why this major is better than any of the previous ones you were considering, and by better, I mean things both you and your parents would find advantageous about this major. If there are certain aspects of this decision your parents would consider cons (for example, having to add an extra semester or year), you need to be honest about them as well, but downplay them. If you haven’t talked to an adviser yet, you definitely should, just to make sure you have all the necessary information, and to reassure your parents that someone highly credible thinks your decision is doable and a good choice. The way you present your switch matters too! Write down everything you want to say, and give it to them after you talk about your major change so that they have all this (hopefully) positive information to look at over the next few days. I personally send my parents a PowerPoint Presentation for things like this because it adds an extra veneer of seriousness, but that’s just because I tend to be anal-retentive; you definitely don’t have to go that far. The important thing is that your parents know that you put a lot of thought into your decision! Good luck!

Hi there!First things first, I want you to know you are not alone in this. Thousands of Golden Bears before you have decided to switch their majors, and thousands of Bears after you will, too! My freshman year, I changed my major twice. I came in MCB, took an Ethnic Studies class and Political Science class and then decided I wanted to be a Poli Sci major, and most recently I have settled on a Public Health! When I was talking to my parents both times to discuss why I was switching majors, I found that the best way for me to get them to understand was to just explain why I hadn’t just chosen that major to begin with. For example, when I told them I wanted to go from Poli Sci to Public Health, I explained that I didn’t choose the Public Health major right off the bat because 1) I didn’t know the major existed and 2) Even when I found out about it, I didn’t really know what “public health meant” and how it combined my interests in health and medicine with political, social, and economic factors that I believe to be very relevant in today’s world. Another bit of info that might help your parents (or you) not get so worried about your major is that what you major in will not determine what you do for the rest of your life. For example, my mom majored in Journalism in college and then got into her dream law school! Also, one of my best friend’s mom (who is a Cal alum) double majored in History and Chicano Studies and loves her job as a nurse! When you do decide to talk to your parents about this, try not to go into it too anxious or stressed out. Your confident mannerisms and tone will also do a lot to make them feel better about it. Good luck,

I completely get where you’re coming from. We all want to keep our parents happy when we’re off at college, especially since they’re most likely the ones supporting our scholastic endeavors/life at this time. I would say, in this situation, think back to what made them freak out the first time. Was it out of worry for you? Because if so, you can try to approach the conversation slowly, and over time, by gradually introducing them to the idea of what you may not be comfortable with your last major, and then, hopefully lead them to be on the same page as you are. That way, it won’t come as such a shock to them when you do inform them of the fact that you’ve changed majors. I know the main thing that my parents want from me while I’m away at college is thorough communication. If I ghost them for a month and then send them a bunch of updates on where I’m at in my life, they can get overwhelmed and think that I’m living my life haphazardly.If they’re worried that changing your major three times will bring about an increased financial burden on them, make sure to address that! If you think that you’ll be needing to stay for extra time as a result of the major changes, do your research on financial aid and scholarship options that would help them to feel more secure in you making this decision.I think the best way to approach difficult conversations with your family is to do your homework beforehand. Make sure that whatever anticipated worries or frets they may have been squashed preemptively by facts and well-researched options. That way, they will feel secure in the fact that you aren’t just wandering your way through life, and that you’re taking charge of the future you’re creating for yourself!

Join the crowd! You are not alone. The chances of switching major in college is definitely not an uncommon thing. Students are always changing their majors. College is the biggest opportunity in your life to really explore what you enjoy learning and doing. If you came into Cal wanting to become a doctor, there is no shame in switching to computer science. Change can be a good thing. I was in a similar situation as you, too! I was accepted in Cal as a neuroscience major, but when I finally got in, I switched into Integrative Biology…and then to Molecular Cell Biology! The crazy thing is, I’m officially a Public Health major now. My parents were anxious for me because, to them, it seemed like I was wasting my time taking all of these classes and not focusing on one thing. I believe the best thing to do is to be honest and firm with your parents. Let them know how you feel and how confident you are with your decision. If they keep asking or make any comments, show them how much you enjoy your chosen major. Maybe, tell them why you chose your most current major over the others. List some reasons that led you to your final choice. Persistence is key. Showing them just how much you truly enjoy what you are studying reassures them. Let your actions speak more than just solely your words. Parents are some of the most supportive people in the world. Frankly, they might be freaking out because they want then best for you. Be honest about your feelings to your parents. They will understand, because time will show just how committed you are to your major.