Is it my lack of personality? 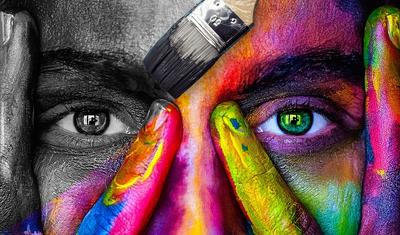 "I have met a couple guys from Tinder in the past year. On our first date I can see they are physically attracted to me judging by their body language (hand-holding, hugging, tap of hand, and even attempted kissing) but It never leads to a second date and a relationship and I suspect is my lack of personality. What do you advise in that case? How can I work on becoming a more fun person to talk to/be around? or should I just accept myself for who I am and wait for the right guy who will appreciate me for who I am and not just for my looks?"

This is a difficult one! It's hard to give quality advice mainly due to the fact that I don't have much context regarding who you are and all of the background information. I would consider the following questions when evaluating these situations:
In regards to not having second dates, I do not think it's due to the lack of personality. There is no such thing as a lack of personality. There are certainly different personalities, but none is better than or valued more than others. I honestly think you should just accept yourself for who you are. Please do not change for anyone else unless you truly believe that it is going to better you. You are seriously amazing just the way you are, so just continue to be you. Although there was hand holding and whatnot on your dates, the guys may have just been looking for something short or a one-night kind of date. You could also ask these guys what they are looking for prior to going on the date with them. For some, they just want to have fun for a day, and for others, they might be looking for a relationship. Are you looking for a relationship? Is the person you are going on a date with just looking to hook-up or are they also looking for something more long-term? You could also try switching to a different dating platform. There are a ton dating sites in which you have more control over choosing the people you go on dates with. Some include Bumble, Coffee Meets Bagel, and OK Cupid. I've never used Bumble before, but I've heard from friends that the girls decide first if they are interested in pushing the relationship further. Good-luck! :)
Angela
First and most importantly, don’t jump to conclusions and be so hard on yourself! Tinder and other platforms similar to it has a reputation for being used to hook up with someone, or to have a one night stand- and unfortunately there is some truth to it. I know a couple of friends who have been personally hurt by Tinder, since they were looking for a longer-term relationship. That isn’t to discourage you from using the app- I also know people who have had great success! But the Tinder environment might not be the most conducive to more serious relationships. It becomes much harder to meet people for a second and third time, just due to the fast-paced nature of constantly being matched, so do not take this personally.
That being said, I do not think anyone has a “lack” of personality; there are only different ones! You hit on some important points on acceptance. I do not think you should work on becoming a fun person for the sake of others; only do things that are fun for YOU. If you focus on doing things that you are genuinely interested in, then you will actually become more enjoyable to be around since you would be truly passionate about these things  and people would see how genuine you are. And this, like you said, would be accepting yourself for who you are. If you were to act differently from how you usually do, it might start to feel tiring, and the attraction that others feel toward you would not be as authentic as when you are just being yourself.
There will be someone that shares similar interest to you, and/ or can at least appreciate them. It may take a few dates before you find the right person- and that is okay. In many ways, meeting a few people before stumbling upon the right one will make that person even more special and cherishing. Stay positive, be open to encountering some mismatches, and remember to just be yourself!
Best,
David
Hi there!
I’m going to start out by saying that there very well could be something besides your personality that is preventing a second date. For example, Tinder meet-ups tend to be a more casual way of meeting people. In fact, Tinder has a reputation for being an app that many people utilize for finding casual relationships and not serious ones. This reputation then creates a cycle in which people interested in casual relationships head to Tinder.
Now if you’re pretty sure that it is your personality that is preventing a second date, don’t totally change yourself. Like you said, it’s important that you find someone who values your personality. However, there are ways to be more outgoing on a first date that might help you land a second date.
On first dates, people want to get to know each other. Make sure you find the right balance of talking about yourself and listening to your date. Also, if you had a good time on the date, don’t be afraid to mention that you had fun and you hope the see the person again.
Good luck!
Simran