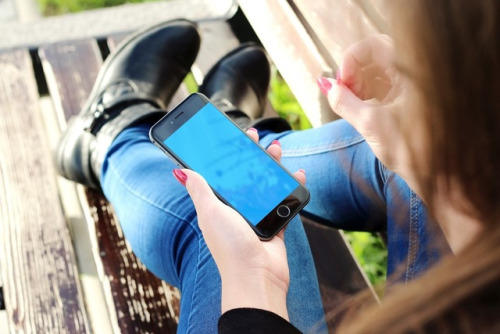 So I was dating a guy from high school for around 8-9 months. We really loved and cared for each other, and we dated throughout the school year, the summer before college, and a little bit into freshman year of college. We argued a little too much, and we ended on good terms. Obviously I was still very sad and vulnerable, so a few days after the breakup, I decided to go party and drink a lot. I ended up hooking up with a random guy and drunk texted my ex about it. He still hasn’t forgiven me.

I’m assuming that the “he” who hasn’t forgiven you is your ex, and what I really want to know is what he should be forgiving you for in the first place. You didn’t do anything wrong or unethical! There’s nothing wrong with partying and hooking up as long as you do it safely, within your limits, and not as an emotional crutch. And about your ex judging you; well he’s your ex for a reason. It’s great that you guys parted on good terms, but you’re not obligated to keep him or his negative opinions in your life if it hurts or upsets you.

I hope you’re feeling better about the breakup now, and please take care of yourself! Good luck!

If you’re still feeling like this situation is taking up a lot of space in your head, that’s perfectly normal. It can be hard to move on from something when there’s currently bad blood thrown into the mix. If you’re interested in repairing your relationship with this person, I would advise you to try communicating the feelings that brought you to text him the thing that you did. Though his negative feelings towards you may go on despite explaining yourself, it will at least provide him with context to the situation, and possibly initiate the process of forgiving you. Sometimes allowing for time to pass can also help to calm things down as well, so if he doesn’t seem open to forgiveness at this moment in time, give him some space and time, and try approaching the situation again in the near future once his feelings have calmed down.

In the meantime, when deciding the appropriate way to proceed, I recommend trying to reconcile your feelings about the situation. Sometimes, when we do something that could be seen as morally wrong, we mentally beat ourselves up about it until we’ve reconciled the situation with whoever we’ve hurt. Sometimes we can’t rely on others to forgive us, but in order to move on and continue living our lives healthily and happily, we have to do the forgiving for them. Instead of thinking about what you did wrong, think about what you can learn and take away from this situation, and how you can bring these experiences into your next relationships to help you navigate them in a healthier way. I remember when I cheated on my ex-boyfriend, it took me forever to move on from it because he, rightfully, refused to forgive me for what I did. For the longest time my headspace was perpetually occupied by hateful thoughts towards myself. But at a certain point I decided that it just wasn’t productive anymore to beat myself up, and the best way to reconcile was to learn from the experience, and take those lessons into my future relationships so that I don’t repeat the same mistake.

Also – make sure to take care of yourself during this time. Practicing self love and self care by taking time to enjoy yourself and your day-to-day activities can help to expedite the healing process as well.

Hello! This is definitely a sticky situation, but what’s done is done. Breakups are never wanted and someone always gets hurt. Feeling sad and vulnerable is normal! It might take your ex some time to forgive you. Keep in mind that your breakup was relatively recently and the wound is still fresh. I understand your decision to party in efforts of trying to get your mind off of the breakup, but alcohol has its sneaky downfalls! If your relationship/friendship with your ex means a great deal to you, then I would suggest taking things slowly. You can’t regain his trust immediately. It will take some time for him to accept your actions because he might be hurt by them. Don’t overthink the situation and worry too much. You two are already broken up, and from what I understand, you are trying to sustain a friendship after the breakup. Ensure that he knows that you truly did not intend to hurt him. It’s up to you if you want to explain to him how vulnerable and sad you were, but it’s also dependent on him if he wants to forgive and let it go. Do what you can do now and if he doesn’t positively reciprocate, then it’s best to move on and not spend so much emotional energy on it. If he wants you in his life, even as a friend, he’ll eventually come to forgive you. Only time can tell at this point. Best of luck!

Hi there! I’m sorry to hear about what you’re going through. After a loving relationship ends, most people tend to feel vulnerable and that vulnerability can cause us to do things we might regret later (so just know that you’re not the only one who has gone through this!). I think in this case it’s important to look at things from your ex-boyfriend’s perspective. He was most likely also feeling vulnerable after the break-up, and then to hear that his ex had hooked up with someone else so soon might have made him feel even worse. In this case I think time is going to be your friend. I think it’s okay for him to work out his feelings about the break-up and everything that happened after on his own, and on his own time. Rushing him to forgive you and move on from the relationship will make things more uncomfortable for both of you. Give him time to cope with what’s going on and then reach out and communicate with him clearly about what happened and why you did it.Good Luck!
Simran