I cheated on my boyfriend...Now what?!

I cheated on my boyfriend of a couple of years over the winter break. It wasn’t intentional but it happened, and I finally told him recently, because I figured if I really cared about him, I owe himthe truth and should let him decide where to take things from here. But I feel so alone without him, because he was my best friend. Did I do the right thing? Should I just have not told him and kept going?
​​ 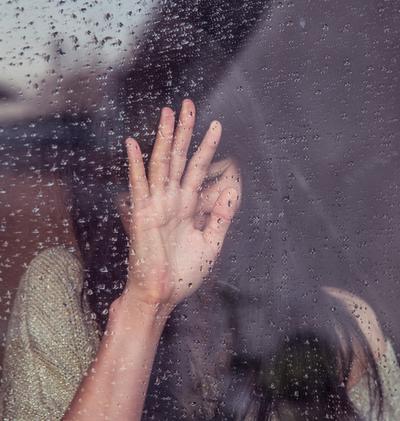 You did do the right thing- he deserves to know the truth, and it is courageous of you to have done so. If you did not tell him, it is very likely that you would have had guilt building up every time you were spending time with him. That heavy feeling could have been very exhausting for you, and it is also likely that you would have been living with constant fear of him finding out. He would have eventually found out that something was wrong, so it is best that he found out directly from you. Otherwise, the relationship might have ended much worse. I understand the feeling of emptiness without his presence- but if he chose to discontinue the relationship then it is best to respect that decision and slowly find ways to move on as well. I think it would help your loneliness by joining student organizations and taking initiative to set schedules to spend time with your other friends. I am sorry that you not only lost your boyfriend but also your best friend. I do not think anybody cheats intentionally; things just lead to the next. So, I hope you are able to reflect on how to prevent this in the future and understand the discipline it takes to stop the cascade from happening, especially during a time like winter break when you are separated from your partner for a long period of time. I sincerely hope something like this never happens again- losing a significant other can feel so disconsolate. But with time and effort, you can begin filling in the emptiness and become a better partner in the future.

I acknowledge your act of letting him know the truth. Although, I do want to say that I don't agree with cheating and personally believe that everyone has a choice in their everyday conversations and acts. In my opinion, I believe you letting him know was a fair move. I am in no position to tell you if telling him was the "right or wrong thing" to do. Your boyfriend deserves to know because he made up half of the relationship. I'm assuming you two agreed that the relationship was monogamous and not an open one. If you were to keep it a secret, you might feel even more guilty later. Honesty and communication are key in strong relationships. Secrets that involve the well-being of your significant other, in my opinion, should always be addressed. Even if you were to keep it a secret, let me ask you the question "Would you be lying to yourself?" since you would be acting as if the cheating situation never occurred. Keep in mind that your boyfriend is going through a rough time. At one point he trusted the relationship and was willing to let his guard down, so having to find out that you cheated probably caused him to lose his trust. I'm sorry that you feel alone without him, but maybe it would be good for you to take some time to learn more about yourself, figure out your needs/wants, and take some time to reflect on your actions and why you decided to move forward with them. Losing someone is never easy, but your best friend probably needs some time right now. If you still believe that things can work out between you two, then I would suggest to give it some time before reaching out to him. Good luck and remember, everyone makes mistakes, but we are also capable of learning from our wrongs and bettering ourselves.

As someone who has been in a relationship for multiple years, I understand how it feels to not only be romantically involved with a person, but also for them to be your best friend as well. As far as telling him about what you did over winter break, I believe you did the right thing. If you had hidden it from him and attempted to keep going, you'd be feeling extremely guilty for two things (cheating, and then hiding it/lying to him) instead of one. At least by being open with what you did, you proved to him that you acknowledged your fault and care about him enough not to keep him in the dark. In the meantime, give him space. It can be hard when you have to go from seeing/talking to this person every day to not hearing from them at all, but what he needs right now is some distance. And hopefully with time, the relationship, the friendship, or both will return.