I really like this guy but I think that he's gay. What do I do? 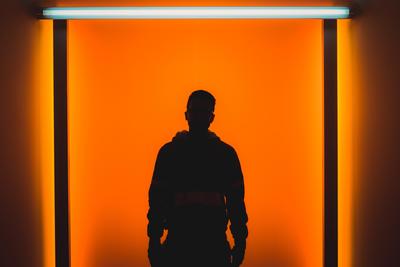 Slow down there; first of all, you should never assume someone's sexual orientation. It's just impolite and it perpetuates stereotypes that could easily be avoided by asking -- which I realize is easier said than done. And once you know, well you'll know to either move on or pursue your interests. If you want to be sneaky about it, I guess you could always have someone else ask for you haha. In the end, you'll find love somewhere, just maybe not with him. Good luck in your endeavors!

Hi there!
While your particular situation is somewhat specific, I think almost everyone can relate to having a crush on someone where the relationship just won’t work out. If you know for sure that he is gay and a relationship is out of the question, you can still reach out and be a friend! Sometimes unrequited romantic feelings can turn into great friendships! Otherwise, it’s perfectly okay to continue having a crush on him as long as you understand that he might not return your feelings, and that is nobody’s fault.
Good luck!

There is a variety of people that you will like in your lifetime and it's natural that you get along with people that you have things in common with. First, I suggest you determine if this guy is really gay, because this can potentially become a big game changer. If he really is gay, you won't be able to change that about it. But, what if he isn't? You know you get along with this guy and everything seems to be great between the two of you. However, if you're having doubts about his orientation, then ask him conversationally. It will feel so much better to find out what the truth so you can determine what to do next. If it turns out that the guy is gay, then it would give you the chance to move on and possibly build a relationship with someone that would be interested in you (in the same way and not just as friends). There is not much you can do about it. Perhaps, you can even ask if he can introduce you to some of his friends. If you find out that the guy isn't gay, then maybe you can see if there could be something between the two of you. It really does come down to finding out his orientation and going from there!

Assumptions can lead to misunderstanding so I would try not to swim too deep in them. Since it is his decision to disclose his sexual orientation, I would refrain from directly asking if he is gay since assuming [anyone's orientation can make them feel] uneasy. Rather, I would not worry so much on the uncertainty of his sexual orientation, but rather focus on your own feelings. I would approach this situation by letting him know how you feel about him; if you are comfortable and ready to confess that is. Then, he would answer in however way he likes. If he likes you, then the relationship can take off. If he does not share the same feelings you do, then his sexual orientation becomes less of your concern and your suspicion can also be relieved in a sense. And he may even be comfortable and open to share his sexual orientation, which he would do at his own discretion. So, just proceed from your own angle and let things unravel themselves!
Best,