Every time we get into a fight, my boyfriend threatens to break up with me 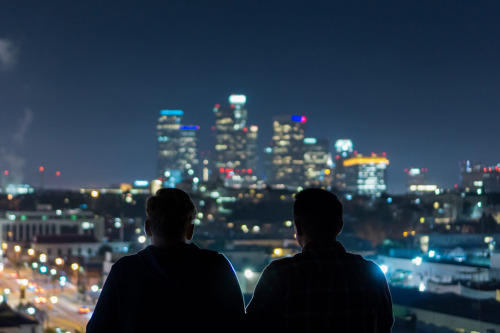 Every time we get into a fight, my boyfriend threatens to break up with me. Is he doing this so I say sorry and he wins the fight or does he really not want to be in a relationship with me anymore because of our fights?

Let me just start off by saying that I can understand this predicament all too well. My own boyfriend used to do this all the time! I think the best thing to do is to approach him (at a time when you two aren’t fighting) and tell him that when he threatens to break up with you, it hurts you. Then calmly ask him why he does it at all. My boyfriend said he did it because saying something drastic like that was just him venting his frustration about our fights. Another possible explanation might be that your boyfriend feels that without that threat, the fight will never end! Communication is key here, just be sure to pick a time when you’re both in a good place.

This may be tough to hear, but I need to be honest with you: Your boyfriend’s threats sound like a form of psychological manipulation. He may be using these threats to blow off your legitimate opinions and concerns or to try to control your thoughts and actions. Fights and arguments are to be expected in any relationship, and the way they’re resolved determines how healthy and strong the relationship is. If he can’t have a civil, productive discussion with you without resorting to blackmail, then there’s definitely something wrong.

If you’re a UC Berkeley student, talk to a counselor at UHS about your situation and get professional help and advice. Another resource you can use is http://www.thehotline.or/. If you call their number at 1 (800) 799-7233, you can speak to a trained advocate. I hope this helps, good luck!

Fights are bound to occur in relationships. Good relationships have their small arguments, too! However, it’s not fighting that is ending relationships, per se, it’s more of how people communicate their concerns and tackle these problems. Your boyfriend’s comments about breaking up do not necessarily mean he does not want a relationship anymore. He could very well just be fed up with having to bicker. Find a middle ground and talk things out instead of fighting. I’m not sure what your “fights” are like, but having a civil conversation voicing concerns in the relationship is much more productive than yelling at the top of your lungs! Sit down and have a serious talk before making rash decisions and really ask your boyfriend if he really wants to break up. Honestly, no one will know what your man is thinking aside from himself, so consider asking him if he means what he says. Honesty is key in a relationship and so is communication. Find the root cause of these fights and cut them immediately through efficient means of communication instead of fights. From my experience (if you find yourself being the person to bring up the problems) I have also realized that it’s not worth fighting over small things that seem to annoy you all the time because everyone functions differently; ask yourself if this person brings you happiness more than they do annoyance. Do the positives outweigh the negatives? Have a talk with your boyfriend and see what he’s thinking! Good luck and don’t be afraid to share your opinions with your significant other :)