PartySafe@Cal is a UHS-Tang Center Health Promotion program that collaborates with a wide variety of campus and community partners to reduce alcohol-related harm. The awards celebration was held from 4-6pm at the Bear's Lair and was facilitated by PartySafe@Cal...

July 2, 2014
My boyfriend and I have been dating for 6 months now, and I know I’m being silly but I’m hurt he’s never had a picture of the two of us as a Facebook profile picture! He’s had pictures of him with other girls, but never me! I don’t want to seem immature and superficial by bringing it up, but seriously, but the deal?

October 10, 2016
The Hepatitis B Foundation is collaborating with StoryCenter on a Storytelling Project, to make the real voices of every-day people living with/affected by hepatitis B a key ingredient of local and nationwide prevention and advocacy efforts.

The project will engage people in sharing their own stories as short videos, in a digital storytelling workshop to be held Friday through Sunday, January 20-22 in Berkeley, CA (all participant expenses will be covered...

Is Cal student alcohol use on the rise? 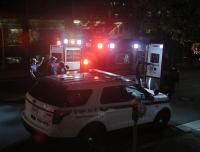 Did you see last week's Berkeleyside article about the rise in alcohol abuse statistics at Cal? This article states that according to statistics, alcohol abuse is increasing at UC Berkeley. The...

Volunteer Opportunity: Advice Columnist with the Love Cafe at Cal

Do you LOVE giving advice? Have you always wanted to use your own experience to help others? Are you interested in honing your research skills to provide inclusive perspectives to people seeking guidance?

The Love Cafe at Cal is seeking up to THREE volunteers to provide solid, thoughtful advice to anonymous readers about relationships. The Love Cafe is the perfect blend of...

Are you a resident at Unit 2, 3, or 4 and interested in a unique chance to engage with a community of passionate peers in various health issues relevant to college students? Apply to be a Health Worker and make an impact on the well-being of your fellow Bears in your residential community! Contact Karen Hughes at khughes@berkeley.edu or call (510) 643-9073.

Find out more about the Health Worker Program...

We offer free massage chairs to encourage people to take a break during their busy days.

On average, 1,200 students, staff and faculty take advantage of the massage chairs each semester.

Chairs are located on the second floor of Tang in the central atrium area and provide 15-minute massages on a first-come, first-served basis. Settings allow users to customize their massage in terms of style, intensity, neck position...